When I was in California for Christmas this winter, we saw the new Terry Gilliam movie, The Imaginarium of Doctor Parnassus. It was strange, and very good, but mostly sad, because as everyone knows it was the last movie in which Heath Ledger appeared. As I watched, I really felt the loss. 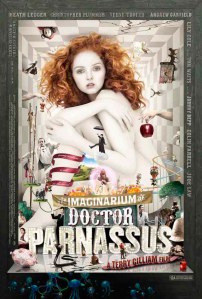 British supermodel Lily Cole had a big part in this movie, and I can’t lie: I was pretty skeptical going in. When was the last time you saw a model do so much as a half-decent job as an actress? They gave Giselle all of, what, one line in The Devil Wears Prada? But to her credit, Ms. Cole was just fantastic. And more relevantly to this review, her character, Valentina, looks just like I imagine Bond No 9 Chinatown would if it was a person and not a perfume. 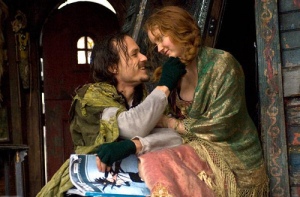 Valentina is a gypsy of a girl- flaming red hair, colorful, patched-up rags for clothes, a face that grabs and holds your attention. In my mind, Chinatown would be far from a conventional beauty (Lily Cole is actually quite weird looking). But like Valentina, some wild and indefinable quality about her compells all of the boys, even Heath Ledger, to promptly fall in love.

Chinatown is a juicy combination of peaches, bergamot, incense and sandalwood. It immediately reminded me of the most delicious plum tea that I once had. Unlike more “difficult” niche perfumes, Chinatown just plain smells good. One word of caution is that this “fruity chypre” is both very sweet and very strong. Although I think that the free spirited Chinatown is fabulous, it is a little too “hippie” for me personally. I fancy myself a little more polished, more of a Marilyn than a Brigitte Bardot. Chinatown would be perfect on some of the “boho” celebrities, like Jade Jagger, Sienna Miller, Erykah Badu. 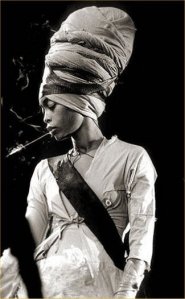 Chinatown is often called the masterpiece of the Bond No 9 house, a line famous for gorgeous bottles and obscene pricing. It is not my personal favorite (that would be New Haarlem, which is essentially a wearable frappachino), but when I wore it for the first time in a while for this review, I was surprised and delighted by just how good it is.