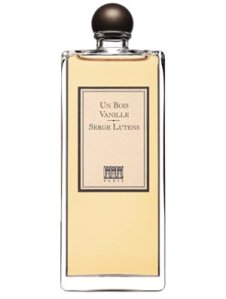 Despite being a master Girl Scout cookie salesman, I was not a particularly successful girl scout. I actually got suspended from my troop for “bullying” the local Boy Scouts (an OUTRAGEOUS FALLACY that I will deny to the death). I do, however, have many positive memories of the Girl Scout days, the most vivid being the s’mores. There’s nothing like 2 graham crackers, some Hershey’s chocolate, and a marshmallow burnt to a charcoal-colored crisp. 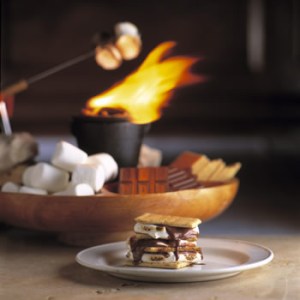 Un Bois Vanille was the first Serge Lutens that I was able to enjoy without any effort. With notes of black vanilla absolute, licorice, sandalwood, coconut milk, beeswax, caramelized benzoin, bitter almond, Gaiac wood, and tonka bean (Luckyscent), UBV is nothing short of mouthwatering.

The opening is strange, with an awful lot of licorice. I am growing to tolerate anise in compositions such as Lolita Lempicka and Caron Aimez-Moi, but I’m not sure what it brings to the table here. This stage soon gives way to delicious s’mores goodness, complete with extra-burnt marshmallow and a roaring campfire in the background. The coconut gives it a creaminess, and the woods and almond balance out what could have been potentially overwhelming sweetness.

Luca Turin calls UBV a coffee fragrance, and I suppose the “burnt” vibe could be interpreted as roasted coffee beans, but I just don’t get “coffee” as strongly as I do the s’mores imagery.

UBV is often compared (unfairly, I think) to Pink Sugar. However, Pink Sugar has a prominent raspberry note (which I can’t stand) that is nowhere to be found in UBV. If you like the idea of Pink Sugar but the reality makes you want to cry, do give UBV a try.

Disclaimer: I tried UBV at bluemercury.