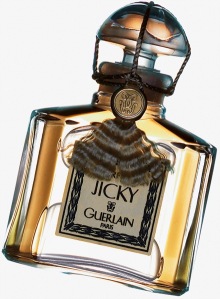 My favorite book of all time, Simon Doonan’s Eccentric Glamour, begins: “Why the hell wouldn’t you want to be one of the fabulous people, the life enhancers, the people who look interesting and smell luscious and dare to be gorgeously more fascinating than their neighbors?” Spray on a bit of Jicky, and you’ll find yourself instantly transformed into one of those luscious-smelling life enhancers. People will smile and laugh spontaneously as they pass you on the street (in a good way, I swear).

Jicky has been worn by the eccentrically glamorous since 1889, beloved by everyone from Sarah Bernhart to Sean Connery to the High Priestess of Divahood, Joan Collins. Not only is Joan Collins still as hot as all hell at age 77, 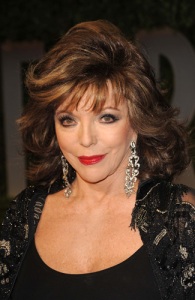 No, seriously, what unholy force is she in leagues with and HOW CAN I GET IN ON IT

but she’s also one of a select group of truly glamorous women (including Nichelle Nichols, Iman, Kim Catrall, and Vanessa Williams) who had cameos in Star Trek. Oh, Joan, why did your pacifist values have to contribute to American isolationism in World War II, contributing to German victory and ultimately condemning you to death?? 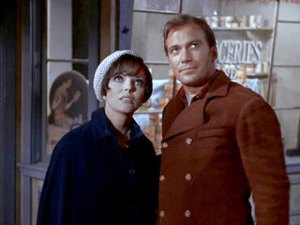 BEST COUPLE EVER. Too bad you’re about to get hit by a car.

ANYWAY, Jicky opens with sparkling, vivacious topnotes of lemon and bergamot, and then deepens into a beautiful combination of lavender and that gorgeous, smoky Guerlain vanilla. Bergdorf Goodman lists the notes as: Lavender, rosemary, bergamot, rose, fern harmony, tonka bean, woody notes, vanilla, and opoponax. I loved Jicky from the moment I put it on. Despite being the oldest fragrance in continuous production in the world, Jicky feels shockingly modern. It could have been released just last week, if companies were still producing anything even vaguely resembling Jicky’s quality.

Jicky embodies both the joyful innocence of a child and the full-grown sensuality of a woman. Do not wear Jicky around those “men” (more like perpetual frat boys) who believe that a woman “goes downhill” after age 23; its charms will be lost on them. Jicky is for those who appreciate the Joan Collins of the world, who understand that a woman’s sex appeal only grows stronger with the passing of time. After all, Jicky just turned 121, and she’s still putting those nubile Escadas and Aquolinas to shame.