I was grievously remiss in yesterday’s chocolate bonanza; I forgot Missoni by Missoni, with its prominent chocolate base note. Luca Turin gave Missoni a rare five-star rating in Perfumes: The Guide, mystifying perfumistas everywhere. You see, Missoni is a bit of a mess. Missoni the brand seems to be marketed to the sort of “boho-chic” girl who fancies herself a bit of a Jade Jagger and has predictable tattoos in predictable locations (in other words, still mainstream enough for public consumption). Missoni the perfume has a similarly haphazard, thrown-together appeal. 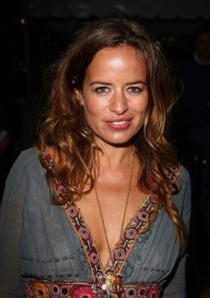 Look, Jade, we get it. You live in a tent in Ibiza, you’re so glamorous, blah blah blah. GET A JOB, YA BUM.

Missoni’s notes, according to Sephora, are: Bergamot, Magnolia, Loquat, Gianduia Chocolate, Amber, Peony, Rose, Mandarin, Bitter Orange, and Persimmon. Missoni opens with a very strange accord. There’s milk chocolate, yes, but also an intensely sharp green note. It must be bergamot, from the notes, but I’ve never encountered bergamot that smells like this before. After about five minutes, Missoni mellows into the scent of orange liquer-filled chocolates. This second stage is far more pleasant than I remember it being. Would I personally wear it? Probably not. Would I object if my local fauxhemians adopted it? Not in the least.

Disclaimer: I asked for a sample of Missoni from Nordstrom. Missoni is sold at Nordstrom, Sephora, Neiman Marcus, and Saks Fifth Avenue.