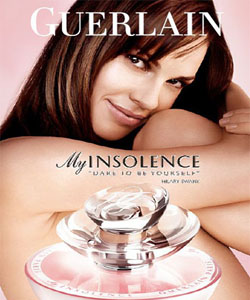 I bought My Insolence after sniffing it just once at Sephora. At the time, it struck me as a gloriously girly floral, the olfactory equivalent of the shy pink color of well-worn ballet slippers.

Those who are familiar with My Insolence may not be surprised to learn that I had a massive cold that day.

When I resniffed My Insolence with clear nostrils, I discovered that it was rather more garish than I had initially detected. Think Shiaparelli pink instead of ballet slippers. 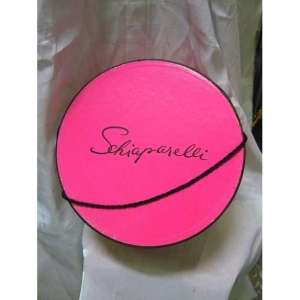 My Insolence is a perilously sweet raspberry scent, but I certainly wouldn’t call it fruity. This is an entirely synthetic smell, as far removed from anything in nature as Coco Chanel wanted No. 5 to be. In that sense it might be an extraordinary technical achievement, but you’ll never catch me wearing it. It’s way too loud, and the ratio of fun:tacky is skewed in the wrong direction. I suspect that this is Guerlain’s attempt to woo a younger crowd, although you have to wonder why they would choose Hilary Swank to front such an effort. Tila Tequila might have been a better match.

4 thoughts on “Guerlain My Insolence”