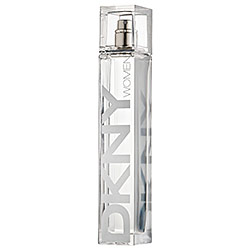 “DKNY Women,” Luca Turin writes, “is an abstract composition that bristles with ideas and humor.” Ideas, certainly. As for humor, I’m afraid that I just don’t get the joke. DKNY Women is meant to be a citrus, but what I smell is Dr. Brown’s Cel-Ray, an old favorite of my father’s. Cel-Ray is a celery-flavored soda, and yes, that combination really is just as odd as it sounds. I have tried to sniff out the oranges in this fragrance, but I can’t seem to get past my impression of carbonated celery. After a few hours, Women eventually dries down into a far more conventional white floral. 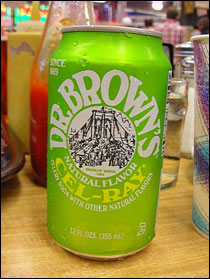 Apparently we Jews love this stuff so much it was dubbed the “Jewish Champagne”. Who knew??

DKNY Women is exhilaratingly weird for a mainstream fragrance. That weirdness, not to mention the unattractive bottle, leads me to suspect that DKNY Women is not long for this world. After all, many of Donna Karan’s more interesting fragrances, such as Gold, Chaos, and Black Cashmere, met similarly quick fates. This would be unfortunate, because it would further convince perfume companies that they should not take risks with their fragrances. I, personally, would not find it to be much of a loss. Thanks to the “negative calories” myth, I associate celery with joyless, dreary diets. This association takes a lot of the fun out of this fragrance to me. For those without any such prejudices against celery, DKNY Women could be the odd “citrus” fragrance of your dreams.