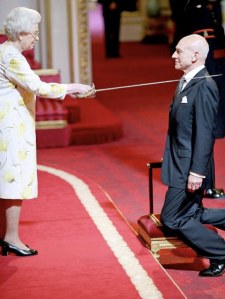 So in yesterday’s Perfumed Philanthropy post, I suggested a perfume sale to raise money for charity and asked for suggestions as to the charity. I’ve read through your comments, and several of them expressed a preference for a charity that supports women. I think that I may well have found the perfect one (and by perfect, I mean that it has a Star Trek connection).

Refuge is a UK charity that provides safe houses and legal advocacy for women and children who have experienced domestic violence. I was most impressed by the fact that several of these safe houses are culturally specific, meaning that the accommodations and services are tailored to help women who may be marginalized due to their race, nationality, or religion. I cannot stress how necessary this is. Abusers are aware that these factors can isolate women, making them more vulnerable and more afraid to get help.

My paternal grandmother experienced violence at the hands of her father, who once sent her to the hospital by punching her in the head. My grandmother and her family were part of what is essentially a self-segregated Orthodox Jewish neighborhood in New York. There is no doubt in my mind that the insulated nature of their community was part of what made her father feel that he would get away with it.

How did I hear about Refuge? From its passionate advocate, the dashing Sir Patrick Stewart. Patrick Stewart, who played Captain Picard on Star Trek: The Next Generation, spent his childhood trying to protect his mother from his father’s violence. In Patrick’s own, beautiful words: “When Refuge, the national domestic violence charity, asked me to become a patron, I accepted without hesitation. I accepted for my mother. As a child, there was little I could do to help her. But now I can give support and encouragement to women who live in the same sort of fear that she did.”

One week ago, Patrick wrote an editorial for The Guardian expressing his alarm at this year’s 31% budget cut to the funding of London’s domestic violence services. By the way, there wasn’t much to cut in the first place; last year’s 7.8 million pound budget has now been reduced to 5.4 million. (5.4 million for ALL of London???) Patrick writes that “Refuge- along with other women’s charities- is facing its toughest year to date. The gradual erosion of statutory funding has made Refuge even more reliant on voluntary income, but fundraising is an uphill battle.” Well, that’s where we come in, y’all. So what do you say? Shall we make it so?