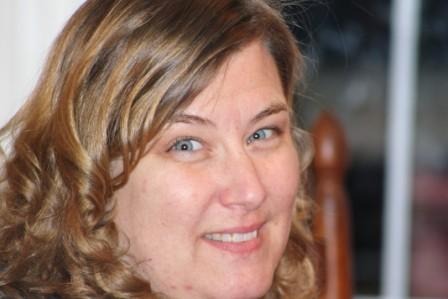 Mals86 of The Muse in Wooden Shoes is perfume blogging’s Pioneer Woman. Mals writes from her beef cattle farm in very rural southwest Virginia, where her access to perfumes is just a little bit limited (she has to drive an hour to reach a mall with both a Belk’s and a Macy’s). Not only does The Muse in Wooden Shoes provide an utterly unique perspective (where else are you going to read about perfume and farming in the same paragraph?), Mals’ writing is also terrifically droll and engaging. Today Mals shares a tantalizing peek at her newly written novel and lets us city slickers know what country smells we’re missing out on.

Why do you write about perfume?
I write about perfume for a couple of reasons – for one thing, I love getting that huge rush of emotion from a scent that surprises me, and I totally dig writing about that.  For another, I enjoy the conversations that arise when people’s emotions are touched, the way that so many people are so affected by smells.
You just completed a staggering achievement: writing an entire novel in one month for NaNoWriMo. What can you tell us about your novel? Did you manage to work in any perfume references?

Oh, gosh, the novel… it’s hard to talk about.  It’s like it’s my baby, and it hasn’t quite got its party manners yet, and I just want everybody to be nice to it, and yet I’m not sure it deserves that at this stage.  But briefly,Bright as Day concerns a girl named Meredith, a driven college student who struggles with social anxiety.  She shines at academics, but instead of making headway on her degree over the summer break she’s pushed into going home when her internship falls through, too late to find another one.  At home and bored and frustrated, she decides to push her personal development in another direction.  She does realize that becoming familiar with new situations seems to help her deal with them, and after several years of shunning boy-girl interaction (and makeup and perfume and clothes and other “girly” things), makes up her mind to explore this facet of life new to her, with the help of her childhood friend Day.

Day, for his part, is head over ears in love with Meredith, and he’s got bigger plans than just giving her kissing lessons.  Meredith discovers Infusion d’Iris, which she likes because it’s so subtle, and finds out that smelling something nice helps keep her calm. And then she discovers a different, vintage fragrance, gifted to her by the elderly lady she has begun to assist, whiling away the rest of the summer before she goes to school.  It blows her socks off.  It changes her perspective.  She makes some risky decisions.  Then Day – quintessential Boy Scout, rescuer of stray puppies, little-kid-magnet, everybody-loves-Day – is arrested for rape, and Meredith’s life goes into another tailspin.
And that’s all you get, for now.  (Yes, I’m eeevil.)
What are your favorite perfume houses?
I think I may be all across the board with my favorite brands – there are very few houses where most of, or even a goodly percentage of, the line works for me.  I do quite well with Sonoma Scent Studio, Parfums de Nicolai, Frederic Malle, and Chanel, and I nearly always find something wonderful in my sample orders from DSH Perfumes.  Also, and this may be cheating but hey, you asked: vintage Coty.  There’s something truly delightful about finding scents that were made for a drugstore market years ago and discovering that although they were cheap when new, they smell of good materials, thoughtfully composed.  Basically, older Cotys (Emeraude, L’Aimant, L’Origan, Les Muses, La Rose Jacqueminot, Chypre, even Sand & Sable) Just Smell Good.  I’m not even talking about the original, much-coveted really-vintage Chypre, but the 80s reincarnation.

What is your favorite place to shop for perfume?

There is a mall within about 20 miles of my house, but for perfume it’s pretty lame.  The better mall is in my hometown, 50 miles away, but its best well-stocked perfume counter is at Macy’s, which doesn’t carry higher-end fragrances.  So I shop online a lot.  It’s probably one reason that I was so willing to try independent perfumery houses like DSH and SSS, so I can’t complain about that too much!   Also, I’m cheap: I like the online discounters.  I’ve found a lot of wonderful fragrances at bargain-basement prices, by being open to buying inexpensive bottles unsniffed: Gres Cabaret, Hanae Mori Haute Couture, Cuir de Lancome, the first Ines de la Fressange.  I have recently taken to stalking the perfume counter at Walgreen’s, because they have testers.  I haven’t bought anything there, but I like to know what’s available at the lower end, too.
You live on “a beef cattle farm in Southwest Virginia”. What country smells are us city slickers missing out on?
Oh, farm smells!  They run the gamut from sublime to truly disgusting.  On the sublime side: whole fields of newly-mown hay drying in the sunshine, masses of honeysuckle in full bloom, recently-split firewood.  Other lovely rural smells might include sheets dried on the clothesline in the sunshine, the fresh dewy quality of the air on a clear day, and woodsmoke drifting through rainy evening air.  The milk replacer powder we mix up into bottles for orphaned calves smells a lot like custard, sweet and creamy and not much like powdered milk you can buy at the store. The CEO is fond of alfalfa hay in particular, and of the smell of corn silage, which is sweet and greenish and aromatic.
On the disgusting side: burnt hydraulic fluid and dead animal.  Somewhere in the middle are manure, iodine, wet animal bodies, and the smell of hot machinery.  (I wish to point out that our cattle are eating grass and hay, and their manure is less odoriferous than that of dairy cattle or pigs or chickens, because those animals are fed a lot of grain.  I mean, sure, manure is poo.  But manure from grass-fed beef has a very grassy smell.)  Oh, and the smell of the farm pickup is absolutely distinctive!  My grandfather’s pickup smelled exactly the same as The CEO’s truck: engine oil, diesel fuel, cattle smell, dried manure, old sweat, cow medicines, iodine, old cracked vinyl, and dust.
What are some of your other interests outside of perfume?

Interests outside of perfume include marathon novel-reading, writing about whatever’s on my mind, and singing in my local community chorus.  I love to cook, but I live with a couple of mildly-picky people, one fairly-picky person, and one insanely picky person*, so of necessity my cooking repertoire is somewhat more limited than I’d like.  I used to cross-stitch and crochet, but incipient carpal tunnel syndrome has nixed those hobbies.  I don’t watch a lot of TV, although I have recently discovered reruns of The Big Bang Theory.  And I just freaking LOVE marching bands.

* There was a period in my youngest son’s life during which he lived on only milk, red food and chicken nuggets.  He’s better about trying new things now, but not that much better.  I can forget about trying to cook that recipe for scallops in coconut milk.

What perfumes are you hoping to find under the Christmas tree/Menorah branches this year?

Perfumes I’d like to find under the Christmas tree?  Well, assuming that some magic philanthropist sneaks into my house in the middle of the night to leave me fragrance (it certainly won’t be The CEO), I’ll put in an order for a full bottle of Iris Poudre and/or Guerlain Vega.  But maybe I’d trade them both for a bottle of Carnal Flower.  However, there won’t be any.  (We don’t really do Santa at my house – not that we’re opposed philosophically, but we prefer to not give credit for gifts to some imaginary dude in velvet pants.)

Alas, The CEO and I need a new bed.  The antique rope bed that my grandmother had had refinished and retrofitted with siderails in the late 1940s, the one that I’ve owned since I was twelve?  Well, those siderails are starting to crack.  And because the metal fittings that hook the rails onto the head- and footboard were specially made, I can’t use a standard set of rails or a standard bedframe with my bed.  We could probably find someone to make us new rails, but in the meantime we’d have to put the mattress on the floor – ergo, it’ll be a new bed and no new smellies for me this year.  Update: we just found a guy who’s willing to make new rails for us.  That’ll be in January.

You didn’t ask, but I have both a cat and a dog.  The cat is 18 years old.  Her name is Silvia, after a character in a Scott Turow novel, and she is The Queen.  The dog is 7 and a half; her name is Hayley and she’s a beagle-lab mix, a rescue dog that is so! happy! to be here!  (wag wag, bark of affirmation)  I would have included a picture of all three of us together, but Silvia refuses to acknowledge that Hayley exists, so I didn’t even bother to request a photo op.  Besides which, neither of them seem interested in fragrance at all.  Silvia has arthritis, but she can still hop off the couch and zip into the kitchen in under 3.2 seconds when the molecules of tuna scent the air.  Hayley loves to go out into the pasture and roll in things better not discussed here, and she has the annoying habit of stealing and hoarding dirty socks, especially The CEO’s because he is her Favorite! Person! in the WORLD! (wag wag, bark of affirmation). 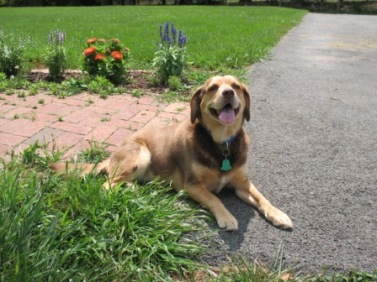 28 thoughts on “Interview with Mals86 of “The Muse In Wooden Shoes”!”