So, Ineke Ruhland! She is kind of a BAMF. Homegirl trained at ISIPCA, the world’s most prestigious perfumery school, without having a bachelor’s degree in a scientific field (this is particularly impressive when you consider that the very first entry requirement on the ISIPCA website is “a bachelor[‘s] degree in science”). She then developed her very own perfume brand, which she runs out of her studio in San Francisco. Interviews with Ms. Ruhland suggest a breathtaking savviness about perfume and perfume marketing, which is on full display in her response to a question about her ah-may-zing perfume packaging in a 2007 interview with Basenotes: “The average person has a rusty connection between their nose and their brain. I think it’s important to use visual cues to give some guidance as to what a fragrance will smell like, and for a niche brand without advertising, that has to come mainly from the packaging.”

Ineke’s results speak for themselves. As of a 2011 interview, the Ineke line was sold in over 200 stores. Ms. Ruhland also created an exclusive line of perfumes for hipster paradise Anthropologie in 2011. I have admired Ineke Ruhland’s achievements for a very long time, but I’ve only had the opportunity to actually try her perfumes in the last week. I needed to spend another $25 to get the Sniffapalooza Henri Bendel gift bag, so I threw the Ineke Deluxe Sample Collection into my basket. The price of this sample set can then be applied to a full-bottle purchase on the Ineke website (another terribly clever business strategy by Ms. Ruhland).

So what can I tell you about the Ineke perfumes? First, they are 100% not my thang. I favor warm, sweet gourmands, and the Ineke line is almost entirely composed of ethereal florals. The fact that I like them anyway really says something about the level of skill and thought that was put into these perfumes. So without further fan-girling, here are brief reviews of the six scents in my sample set! (All images used, except for those containing my cat, are from the Ineke website.)

After My Own Heart

Ineke’s first perfume is terribly pretty and terribly uncomplicated. It smells very much like Marc Jacob’s Rain splash overlaid with a sheer lilac note. I don’t usually like lilac (it ruined Jo Malone’s new White Lilac & Rhubarb for me), but even I can’t deny the simple loveliness of this perfume. I think that it  would be absolutely perfect as a first fragrance for a young girl.

This is my least favorite Ineke, unfortunately. It’s supposed to be a green floral, but the alleged greenness is overwhelmed by a shrieking freesia note. When I think of “balmy days and Sundays”, I think “calm” or “relaxed”, you know? This perfume just puts me on edge.

On a more positive note, this is my favorite Ineke! Such a juicy, cheerful orange scent. Despite the worrying “chemical” aspect of the name, Chemical Bonding smells blessedly non-synthetic. And I’m totally geeking out over the periodic table that decorates the bottle. 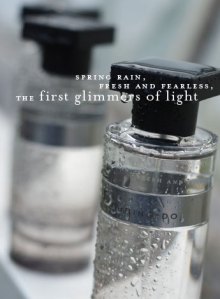 On the one hand, this mellow lemony fougere is not particularly interesting. On the other hand, it smells SO MUCH BETTER than most modern men’s fragrances. I would have no complaints whatsoever if bros everywhere started bathing in Derring-Do instead of Acqua di Gio. 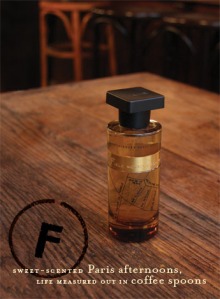 What do you think of the Ineke line? Do you have a favorite Ineke fragrance?