In my six months in the Nordstrom fragrance department, I sold more Tory Burch than any other perfume. More than Flowerbomb, more than Light Blue, more than Angel (and Angel ladies are devoted). I watched teenagers, mothers, and husbands all swoon over that bright, juicy blend of grapefruit and peony. At the time, I didn’t quite see the allure. Sure, Tory Burch was pretty, but in such an uncomplicated, unchallenging way. Unobjectionably appealing, like Ryan Gosling or a golden retriever.

Tory Burch Absolu bears surprisingly little resemblance to its ancestor. It trades the original’s citrus sparkle for a thick, heavy jasmine note. All that jasmine is clearly supposed to make the Absolu a more sensual, nighttime perfume, but it just weighs down the original’s airy charm. I’m sure that Tory Burch Absolu will sell very well, especially to women who loved its predecessor, but I suspect that most people will still prefer the original.

Smelling Tory Burch Absolu actually gives me a newfound appreciation for the easy, breezy original. We all need a little uncomplicated pretty every once in a while. After all, who doesn’t love Ryan Gosling? 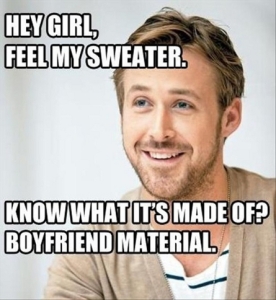