Come for the pandas, stay for the perfume!

D.C. has been unprecedentedly fashionable lately (thank you, FLOTUS!), but the Nation’s Capital still isn’t exactly a world leader in perfume shopping. But as this perfectly respectable, approaching-double-digits list of D.C. fragrance destinations hopefully demonstrates, we’re starting to catch up! 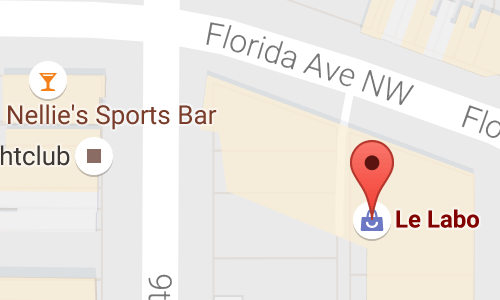 D.C. actually got a double dose of Le Labo last year: a free-standing boutique in the Shaw, and the first Nordstrom Le Labo counter in the country at Nordstrom Tysons Corner. I’d opt for the boutique, which carries a wider range of products (15 ml sizes, concrete candles). Still waiting on the D.C. City Exclusive, guys! 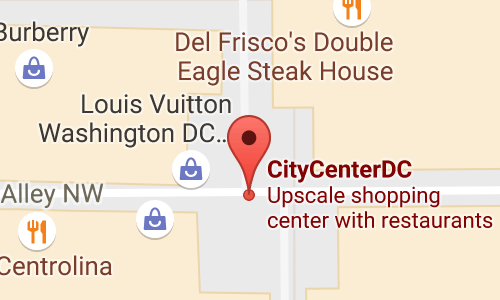 Shoulders straight. Pinkies up. We’re headed to D.C.’s fanciest new neighborhood, dahling. Don’t get distracted by Momofuku; we’re here for the trinity of luxury boutiques (and their boutique-exclusive perfumes!) This is the only Hermes boutique for several states, i.e. the only place to experience the wonderful boutique-exclusive Hermessence range. There’s also a Dior boutique, confirmed to carry La Collection Privee, and a Jo Malone boutique, currently the only outlet for Jo Malone Rare Teas collection. 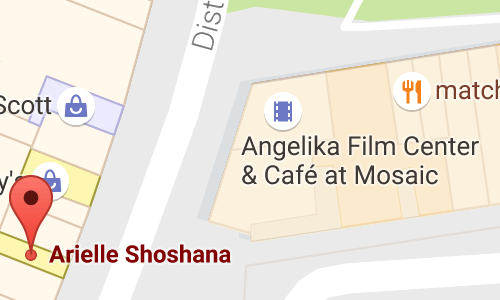 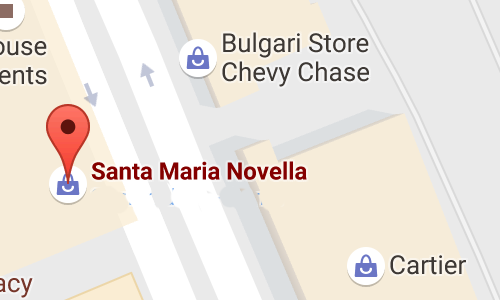 Wasn’t it thoughtful of Santa Maria Novella, Florence’s oldest perfumery, to save us money on airfare by bringing Florence to us? Rose-scented dog deodorant is just one of the charming curiosities waiting inside this tiny treasure chest of a boutique. And while you’re in the area, don’t miss the particularly impressive Saks Fifth Avenue (FULL Guerlain line, Chanel Les Exclusifs) a block away. 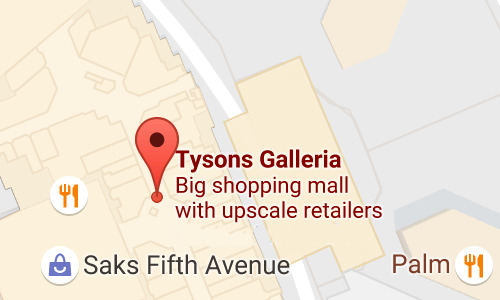 The Galleria just hasn’t been the same since florist/fragrance shop Art with Flowers, may its memory be a blessing, closed a few years ago. But between a formidable Neiman Marcus (Byredo, Roja Dove, Boadicea the Victorious), a well-stocked Saks (By Kilian, Bond No. 9), and a Chanel Boutique (Les Exclusifs!), Tysons Galleria still packs quite a punch in the perfume department. 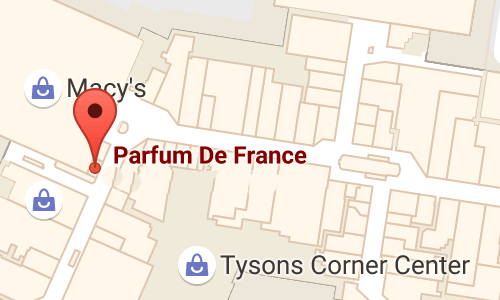 Let’s show some hometown pride for Bethesda-based bluemercury! It’s been a few years since bluemercury carried brands like Serge Lutens and L’Artisan, but you can still find Creed, Diptyque, and Acqua di Parma alongside upscale hair, skin, and makeup products.

Did I miss any hidden gems? Let us know in the comments!

Disclaimers: This post is not sponsored and does not contain affiliate links. 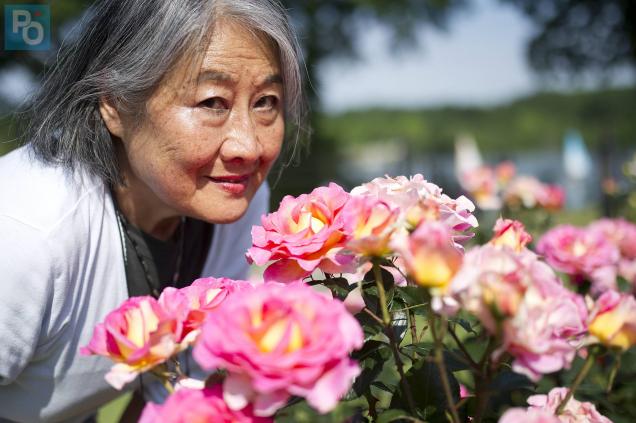 Before Frederic Malle began putting the perfumer’s name on his bottles 16 years ago, perfumers were mostly unknown and uncredited outside of their industry. Acknowledging the perfumer would have risked shattering the illusion that Ralph Lauren and Michael Kors sat around blending their perfumes themselves. As a result, it can be very tricky to find information about perfumers, particularly older perfumers from more secretive generations. But I have never found so little information as I did on Akiko Kamei. One photo, a list of creations, and an unverified claim that Ms. Kamei once worked at Givaudan. No interviews, no quotes, nothing!

So this is really less of a post and more of a cry for help. Does anyone know anything about the woman who created Rouge d’Hermes, Caron No. 3, Diptyque Oyedo*, and L’Artisan Mure et Musc eau de cologne**? I hate seeing such an accomplished perfumer come so close to being forgotten. I’ll update this post with anything we can find! Let’s solve this fragrant mystery. 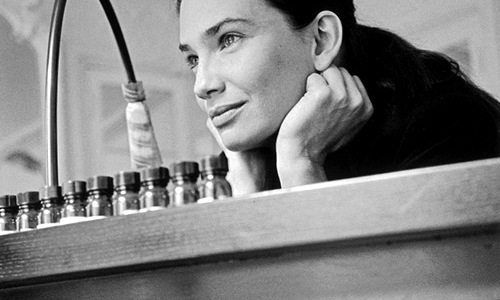 Welcome to International Women’s Month! Scents of Self will be celebrating with tributes to the female pioneers of perfumery all month long. First up: Olivia Giacobetti!

A Giacobetti fragrance is instantly recognizable. She favors light, graceful strokes of bold notes, like a watercolor painting with bright colors. But it’s not just her talent that makes me want to keep Olivia in my basement (or the attic! Like Jane Eyre!) I also admire her unorthodox path as a perfumer.

Giacobetti is one of the very few perfumers who works outside of the perfume industry’s traditional fragrance firm system, and inarguably one of the most successful. She created her own company, Iskia, at age 24, after beginning her career at Annick Goutal at age 16. After 13 years of creating fragrances for the likes of Hermès, Diptyque, and Byredo, Giacobetti launched her own line, IUNX. Despite a challenging beginning (the original IUNX boutique closed in 2006), IUNX triumphantly reopened at the iconic Hotel Costes in 2008. Respect, Oli-G.

Choosing a Top 5 for my very favorite perfumer was so impossible that it almost immediately became a Top 7 list! 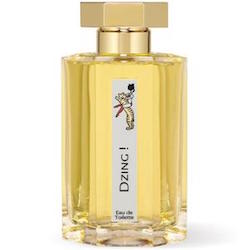 L’Artisan’s tribute to the circus has Giacobetti playing lion tamer, softening this wild creature of leather and sawdust until it purrs.

No discussion of fig fragrances is complete without a mention of the gorgeously green Philosykos. 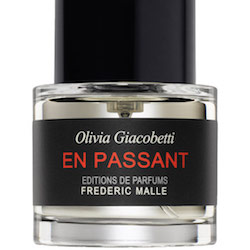 First name greatest, last name ever. Rum, saffron, and a souk’s worth of spices. I would trade an alarming number of organs for a bottle of the now-discontinued eau de toilette. 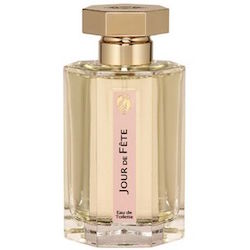 In conclusion, the Giacobetti-Weinberg wedding will take place in June, our cat will be the ring-bearer, and you are all invited.

What’s your favorite Giacobetti fragrance? Did I miss any must-sniffs?

Disclaimers: This post is not sponsored and does not contain affiliate links. All fragrances featured in the post were purchased at full price by me, to my horror.

I’ve been avoiding Oud Palao due to an unfortunate misconception: I kept misreading it as “Oud Paleo“, and I’m not trying to be lectured by a perfume about our cavemen ancestors and their nutritious root vegetables. (I am thrilled for anyone who is healthy and happy eating Paleo, but I cannot in good conscience support any diet that does not allow Nerds.) It was a pretty ridiculous assumption, but I have this bottle of very fancy hairspray that proudly declares itself gluten-free. You know, just in case you were thinking of EATING YOUR HAIRSPRAY. Paleo perfume can’t be far behind.

So what does Oud Palao smell like, if not virtuous carb-free sadness? Warm, ambery resins and an appealingly raw-feeling oud note. After the oud assault we’ve had over the past few years, a resinous oud is hardly revolutionary, but Oud Palao is actually the first fragrance I’ve come across that bears a decent resemblance to Roja Dove Amber Aoud. Amber Aoud is one of the best-smelling things on the planet, and I’ve often wondered why more brands haven’t tried to copy it. Oud Palao’s much gentler price point ($145/75 ml vs. Amber Aoud’s $750/100 ml) makes it a damn good option for those of us who would like to smell relatively close to Amber Oud without selling off any organs.

Disclaimer: This post is not sponsored and does not contain affiliate links. I tested Oud Palao at my local Neiman Marcus. 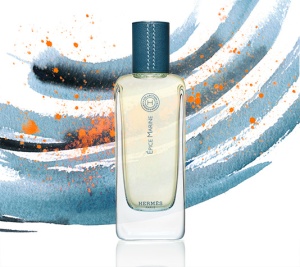 So this post was supposed to be about the Diptyque sample sale, but then I totally slept through it. That happens a lot lately. I’m now working full-time at MiN New York, and most nights I get home stupid tired and genuinely excited to fall asleep at 9:30 PM. I just bought a book of smoothie recipes because sometimes I’m too tired to chew, which is exactly as pathetic as it sounds.

Last week I stayed awake long enough to visit the Central Park Zoo. I wanted to see the new snow leopard cubs, which are probably super adorable when they are not hiding behind large rocks. And then the red panda exhibit was closed! I think I have bad zoo karma from all of those times I unleashed tigers on unsuspecting zoo-goers in Sim City: Zoo Tycoon. The Central Park Zoo is just a few blocks away from the Hermes boutique, so I decided to stop in and try the newest Hermessence.

We all know the Epice Marine story by now: it’s a collaboration between perfumer Jean-Claude Ellena and fancypants chef Olivier Roellinger. Epice Marine is very Jean-Claude. This salty, savory fragrance is so polished that you barely notice just how unusual the notes (toasted cumin, hazelnuts, “sea notes”, whiskey) are. I’ve never tasted the star ingredient, toasted cumin, but the spices in Epice Marine have a very Middle Eastern feel to me. The salty effect is familiar from perfumes like Heeley Sel Marin and The Different Company’s Sel du Vetiver, but Epice Marine is by far the most refined variation on this theme.

With my sweet tooth, Epice Marine isn’t something I’d be likely to wear myself. But I’d be perfectly happy to smell this quietly creative perfume on Hermes lovers.