When I first encountered CBIHP ATB 1966 (which will henceforth be referred to as “1966”), I concluded that it was a fairly blatant knockoff of Bond No 9 Fire Island. However, Basenotes informs me that Fire Island was actually released a year after 1966, making Fire Island the copycat. The two scents are not identical, of course, but both are based on the cheap-and-cheerful smell of sunscreen. Fire Island was famously modeled on the French sunscreen Ambre Solaire, while the sunscreen note in 1966 smells a bit more down market, probably Coppertone or Banana Boat.

Is anyone else super confused by this ad? I mean, are they not essentially admitting that their product is defective?

1966 takes its beachy notes to their logical conclusion, adding aquatic notes to evoke the ocean. In my opinion, this is where 1966 stumbles. The ozone muddles what was otherwise a great-smelling scent.

The key difference between 1966 and Fire Island lies in the general feel of the two scents. To me, 1966 seems too literal-minded, more of a good smell than a perfume. Fire Island takes a more abstract approach to the “beach in a bottle” concept, and as a result it comes closer to fine fragrance than 1966 does. 1966 may be a more authentic representation of the beach than Fire Island, but I find Fire Island’s gardenia note to be frankly more pleasant than 1966’s marine effect. Full credit goes to CBIHP for originality, but as far as I’m concerned, Fire Island constitutes an improvement on its predecessor.

Chinatown is widely acknowledged to be the most creative (and the most attractively packaged) fragrance in the Bond No 9 line-up. I believe that Fire Island is the runner-up in both categories. Fire Island, which contains notes of cardamom, neroli, white musk, tuberose, and patchouli, has a rather clever shtick: it smells exactly like Ambre Solaire , the famous French sunscreen. “But Ari,” I hear you asking, “Why would anyone want to smell like sunscreen?” I’m so glad you asked, darling readers. It turns out that sunscreen can smell pretty dang good! Also, I have a Cullen-esque fear of sun damage, so the smell of sunscreen makes me feel safe and protected. 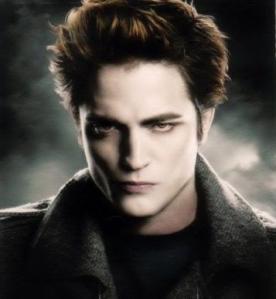 Just putting this out there: real vampires do not “sparkle”. They have blonde hair and incredible bone structure and are named Spike and oh my God Buffy the Vampire Slayer why did you leave my life.

The most prominent note in Fire Island is tuberose, traditionally a ball-buster of a scent. Fire Island feels far more mellow, more casual, and more sensual than its tuberose peers. Imagine how Fracas, an ultra-glamorous but slightly imperious tuberose, would smell after laying out on a private beach in the Hamptons for a few hours. Fire Island perfectly embodies those Michael Kors ads, which generally feature unbearably chic women disembarking from private planes or hanging off the side of a yacht.

Disclaimer: I got my sample of Fire Island from the fantastic Chevy Chase Saks. Fire Island is available in 50 and 100 ml bottles at select Saks Fifth Avenues and Bond No 9 boutiques.