Two weeks until Halloween, and so many questions remain. Which candy should you give out? (Answer: Nerds.) Does Party City have any Donald Trump costumes left in your size? (Answer: No.) Most importantly, what perfume should you wear with your Minions costume? Scents of Self is here for you.

Lupita Nyong’o is in Star Wars: The Force Awakens. Lupita is also the newest face of Lancome. By the transitive property, Lancome La Vie Est Belle is the official fragrance of The Force Awakens! (Hey, you try finding a Star Wars perfume. If you all could just admit that Star Trek is the better franchise, then I could be writing about Shirtless Kirk instead.)

Banana notes aren’t exactly common in perfumery, so the Minions’ favorite fruit presents a bit of a challenge.

The obvious choice is the remarkably banana-y Comptoir Sud Pacifique Vanille Banane, but it’s been discontinued for years. Fortunately, the daring spiced banana of Jean Patou Sira des Indes can still be found on FragranceNet.

Orange Is The New Black

Piper Chapman might have blown her chance at getting her body product line into Barney’s, but she can still take comfort in the peculiar marine vanilla of Greg Lauren for Barney’s New York.

Eternal winter never smelled so good. Christopher Brosius has an eerie genius for bottling the scents of nature, and his CB I Hate Perfume Winter 1972 perfectly captures the delicate freshness of snow.

So Squirrel Girl may not have cracked Party City’s Top 10 just yet, but I have high hopes for Marvel’s goofiest superhero. Mark my words, someday Squirrel Girls will outnumber Catwomen and Sexy Ewoks on Halloween night. And when that day comes, the clear choice is the hazelnut-y gourmand goodness of L’Artisan Parfumeur Noir Exquis.

Disclaimers: This post is not sponsored and does not contain affiliate links. 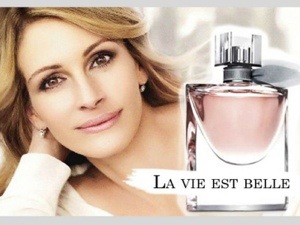 I don’t know what I was expecting from a brand crazy enough to discontinue Cuir de Lancôme, but this is a positively typical fruitchouli. That is to say, indistinguishable fruits (the notes say blackcurrant- I hate blackcurrant), a chocolate note straight out of Thierry Mugler Angel, and a sanitized patchouli drydown. When compared to the current fruitchouli standard, Viktor & Rolf Flowerbomb, La Vie Est Belle is less sparkling and somewhat deeper. I happen to prefer Flowerbomb.

One thing that I will say for La Vie Est Belle is that the materials don’t feel cheap. The fragrance never becomes thin or weak. Still, I wish that La Vie Est Belle was the potentially interesting iris gourmand we were promised instead of this utterly unnecessarily fruitchouli.

Bvlgari pour Femme is one of the very few florals in my perfume collection. It was created in 1994 by perfumer Sophia Grojsman, who is famous for her roses. For about a week now, I’ve been in the mood to wear pearls. I’ve been wearing them everywhere- to sleep, to lunch, to frat parties (where they are more than a little out of place). So when I walked into Sephora today, subconsciously I must have been searching for a perfume with that elegant, luminous aura that pearls always project. Bvlgari pour Femme opens with a light, sparkling rose very similar to that found in the lovely, popular-for-a-reason Stella McCartney Stella. At this point, pour Femme is more like a diamond than pearls. But soon an (unlisted) violet note joins in, creating a creamy effect that actually smells like a Lancome lipstick. The drydown is pure rose.

Lancome is my mother’s favorite brand, so I personally  find this smell to be beautifully evocative. Frederic Malle Lipstick Rose has that same genius violet-rose combination, and I would not hesitate to recommend Bvlgari as a reasonably priced alternative to Lipstick Rose lovers like myself. pour Femme is a bit thinner, but that is to be expected, what with the $50 price difference and all. On that note, pour Femme is available at Sephora, Bloomingdales, Nordstrom, Saks Fifth Avenue, Neiman Marcus, and Bergdorf Goodman. It is White Patchouli-expensive at $65 for one ounce, $92 for 1.7 ounces, and $132 for 3.4 ounces. But trust, y’all, the people in your life will be much, much happier if you choose pour Femme over White Patchouli.

One of the reasons that I own so few florals is that I have difficulty with their lack of sex appeal. Like a string of pearls, pour Femme is more lovely than it is sexy. It is glamorous, but in a wholesome way. Bvlgari pour Femme is the kind of perfume that could class up even the notoriously tawdry Kate Moss.

Merry Belated Christmas, my dear readers! I hope that your Christmases were filled with joy and all-American values. As for myself, I took part in the time-honored Christmas tradition of Jewish families going to the movies because nothing else is open. I saw “Nine”, a musical, which I liked quite a bit, although if you ask me Kate Hudson was totally unnecessary, because frankly that woman is obnoxious. I understand that apparently her mother Goldie Hawn was very charming, but as far as I am concerned the only child of a celebrity who is in any way tolerable is Sean Astin, mostly because he autographed my copy of “The Goonies”.

It looks pretty much like this, except for the part where SEAN ASTIN AUTOGRAPHED IT.

Anyway, I bring up Nine because one of the characters had some pretty fierce makeup action going on. Check up on it:

Hmmm, that’s actually not exactly the look I was thinking of, Fergie-Ferg, although I did very much enjoy your performance as the town prostitute. It seems only fitting, considering that your husband Josh Duhamel is currently being accused of adultery by/with a number of strippers. FOR SHAME, JOSH DUHAMEL.

Wipe that smirk off your face, you shmuck.

Not that many people know this about me, but I have a somewhat unreasonable love of Fergie-Ferg. This has become sort of an issue with my boyfriend. We’ll be in the car, listening to the radio, and a Fergie song will come on. Delighted, I turn the volume up and start singing. He changes the station. I change it back. He changes it again, a little more forcefully. This usually ends with at least one of us in tears.

The main reason for my love is the story of the now-legendary concert where Fergie peed her pants onstage. Let’s face it, folks, that is really nothing short of awesome. And to continue to perform even after that? Talk about dedication, which apparently is a concept that her HUSBAND doesn’t undestand. SPEAKING OF YOU, JOSH DUHAMEL, Sarah Ferguson is a SAINT. I would go so far as to call her the MOTHER TERESA OF OUR TIME. Feel free to quote me on that one, Ferg. Do not phunk with her heart, Josh Duhamel, or else you will no longer be mixing your milk with her coco puffs, because her lovely lady lumps are in very high demand, if you know what I mean, WHICH I THINK YOU DO. Also, please stop making Fergie so depressed that she makes terrible music. “Meet Me Halfway” is bloody awful. It’s like her throat has been comfort eating.

Anyway, the real makeup inspiration in Nine was to be found on the very lovely and talented Marion Cotillard. She was working a modified Audrey Hepburn, meaning a relatively thin cat eye combined with strong brows and pink lips. Observe:

So elegant! So classy! I’m inspired, dear readers, and I will probably be (attempting to) work a similar look in the upcoming weeks. If you’re interested in trying it out yourself, I highly recommend the Lancome Artliners. These are the best liquid liners on the market. However, they are vastly expensive at $29. I am currently trying the Kat Von D Tattoo Liner, which is available at Sephora for $18. Like the Artliners, it has a felt tip. I have had no issues with it. However, the Tattoo Liner actually only contains 0.02 ounces of product, while the Lancome eyeliner contains 0.04. So to get the same amount of product as the Lancome eyeliner, one would actually have to spend $36. If you do not wear liquid liner all that often, then 0.02 ounces may be plenty.

Some feel that the liquid liner look can be a bit harsh at times. For these lovely ladies, I also recommend trying gel liners, such as Bobbi Brown Long-Wear Gel Eyeliner (extremely high quality, wide range of colors, $21) or Stila Smudge Pots (much bigger size than Bobbi’s, so you’re getting more for your money, $20). Both of these are very good; I have worn both brands in the sweltering heat of Israeli summer and had no problems with smudging. Oh, Lancome also has a new line of gel liner, but I do not recommend anything to my readers that I have not tried myself. Gel liners can take a little work to get used to, but the end result is beautiful and looks a bit more modern than liquid liner.

Disclaimer: I have owned all of these liners at some point, and bought them at either Sephora or Nordstrom.